History of CFM - Office of Construction & Facilities Management
skip to page content
Attention A T users. To access the combo box on this page please perform the following steps. 1. Press the alt key and then the down arrow. 2. Use the up and down arrows to navigate this combo box. 3. Press enter on the item you wish to view. This will take you to the page listed.
Menu
Menu 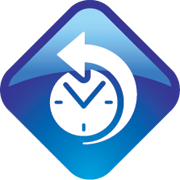 The tradition of public responsibility for the care of disabled servicemen dates from American’s colonial period.  Federal medical care for Veterans was inaugurated by a 1798 law which provided relief to sick and disabled seamen.  Construction of marine hospitals and soldiers’ homes continued throughout the 19th century.

The Civil War accelerated the construction of facilities for disabled Veterans. State Veterans homes were established and Congress authorized the establishment of a National Home for Disabled Volunteer Soldiers, in which branches provided domiciliary care with supporting hospital services.

World War I resulted in a tremendous increase in the demand for Veterans’ care.  Responsibility was shared between Federal agencies, such as the Bureau of War Risk Insurance and the U.S. Public Health Service in hospitals designated for Veterans.  The Veterans Bureau was established in 1921 to consolidate the services into one agency.  Fifty-eight hospitals were transferred to the new agency.  Because some of these were inadequate to provide for quality care, a new construction program, adding 24 new hospitals by 1930, was authorized and 33 facilities were closed.

The Veterans Administration was established in 1930 when, by Executive Order, President Hoover consolidated all Veterans benefit programs into one independent agency.  The medical care facilities of the Veterans Bureau and the National Home, totaling 60 hospitals across the country, came under consolidated management.  A new construction program was begun and by the end of World War II, there were 34 new facilities in operation.  Part of the immediate expansion requirement was met by transferring 43 hospitals to the VA from the armed services.

In anticipation of the post-war need, in 1944, the President of the United States approved a $500 million construction program to build 76 new hospitals. George E. Ijams headed this extensive program from 1945 to 1946, and was succeeded by Francis H. Dryden, who served from 1946 until 1952.  In 1952, the Construction Supply and Real Estate Department, then headed by Raleigh M. Edgar (1952-1958) was changed to the Office of Construction. The new Office of Construction maintained responsibility for construction and real estate management, but hospital maintenance, operations and supply were transferred to the department of Medicine and Surgery.  During the period from World War II to 1960, 82 hospitals were added to the VA system.

From 1958 through 1968, Whitney Ashbridge served as Assistant Administrator for Construction.  During this period, the VA’s construction program included a full range of activities from the acquisition of new sites for hospital construction to the replacement of outmoded facilities at existing VA hospitals and the improvement of other facilities.  Inadequate facilities were closed.

In 1986, the Administrator announced his decision to place all facility-related programs into an independent organization by realigning the Department of Medicine and Surgery’s Facilities Engineering, Planning, and Construction Office and the Office of Construction into the new Office of Facilities.  This decision was based in part on recommendations identified in a consultant study to improve the operation of the VA’s diverse capital facilities program.  The consolidation resulted in the Director, Office of Facilities, having full responsibility, accountability, and related authority for the VA’s capital facilities program.  Gerald E. Neumann was named Director of the new Office of Facilities in March 1986.

On March 15, 1989, the Veterans Administration attained cabinet level status and became the 14 Department — the Department of Veterans Affairs.  Lester M. Hunkele III was named Deputy Assistant Secretary for Facilities.  In October 1992, the entire facilities construction program was realigned to the Veterans Health Administration (VHA) as the Office of Construction Management (CM).  Selected functions including healthcare engineering, and some oversight responsibilities were moved to others areas in VHA.  In May 1993, C.V. Yarbrough was named Associate Chief Medical Director for Construction Management.  Later in the late 1990’s CM was redesignated as the Office of Facilities Management (FM) in recognition of its broader capital asset management responsibilities.

In the late 1990’s, VA initiated a far reaching study to modernize its healthcare facilities.  Called the Capital Asset Realignment for Enhanced Services (CARES), facility related decisions announced in May 2004 heralded the beginning of a major program to replace and renovate VA’s health facilities across the nation.

On February 18, 2007 the reorganization and realignment to the Office of the Secretary as the new Office of Construction & Facilities Management (CFM) took place, with Donald Orndoff at the helm.  This marked a new beginning, but also continued a long tradition of our organization providing VA with exceptional asset management services in support of our nation’s Veterans.  The new organization consolidated the execution of all VA major construction, provides added responsibilities for financial execution of projects, and by reporting to the Deputy Secretary of Veterans Affairs elevated the importance of our mission as stewards of VA’s vast inventory of land and buildings.  After the departure of Mr. Orndoff, Mr. Robert L. Neary, Jr. served as the Executive-in-Charge of CFM until his retirement in December of 2012.

In January 2013, Stella S. Fiotes was named Executive Director for the Office of Construction and Facilities Management.

Since the Capital Asset Realignment for Enhanced Services (CARES) decisions in 2004, 36 major construction projects have received full or partial funding with a total cost of $4.7B.  Additional major projects are planned in the coming years as a result of a second round of CARES studies.

In addition to our major construction program, CFM continues to support VA with a wide array of services to include national design/construction standards and criteria, land acquisition, leasing and real property management, master planning, technical consults, and support of infrastructure issues with State Homes and Homeless Grants.