(Acting) Associate Executive Director
Office of Design & Construction - Office of Construction & Facilities Management
skip to page content
Attention A T users. To access the combo box on this page please perform the following steps. 1. Press the alt key and then the down arrow. 2. Use the up and down arrows to navigate this combo box. 3. Press enter on the item you wish to view. This will take you to the page listed.
Menu
Menu 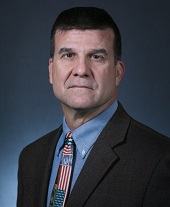 Andy is a federal employee with over 32 years of construction management experience.

He began his career with the Department of Veterans Affairs as a Staff Resident Engineer and has worked on projects in Milwaukee, WI; White River Junction, VT; Detroit, MI; West Haven, CT; and culminating in his role as Senior Resident Engineer in Pittsburgh, PA. In 2001 he moved into a management role at VA Central Office in Washington, DC as a Project Manager and eventual Acting Director of the Western Project Team.

In 2006 Andy accepted a position as Construction Manager with the Department of Homeland Security at Fort Detrick, MD and was the sole on-site representative for a major laboratory construction project. In 2009 VA selected him as the Director of Construction and Facilities Management’s (CFM) Eastern Regional Office. The Regional Office manages all VA major project design and construction contracts within the eastern United States (VISNs 1-9).